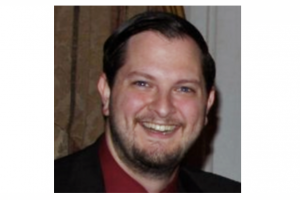 Associate Professor Rob Cramer, Ph.D., of the UNC Charlotte Department of Public Health Sciences is the recipient of the 2020 American Public Health Association Award for Excellence, presented each year to a living individual for exceptionally meritorious contributions to the improvement of health of people.

Cramer has extensive research and expertise in the area of suicide prevention among vulnerable groups such as LGBTQ+ persons and the military. It is this line of work for which he has been recognized by APHA. His research has been funded by SAMHSA, U.S. Navy Clinical Investigations Program, Department of Veterans Affairs, National Science Foundation, and a variety of private sources.

“This award from our primary professional society recognizes the significance of Cramer's work, his outstanding ability to create effective research networks, and the ability to influence people's lives on a population level,” said Jan Warren-Findlow, chair of the Department of Public Health Sciences. “Over the last decade we have seen a huge increase in death by suicide among myriad vulnerable groups with a host of disparate contributors. Rob's research tackles this highly stigmatized issue comprehensively and sensitively. He has been such a role model for everyone in our Department and it's fantastic to see him get this well-deserved award.”

The APHA Award for Excellence was first awarded in 1987. Cramer will be the 34th recipient of the award.

“This national award of excellence really highlights the caliber of individuals we attract to the Department, the College and the University. Cramer joined us in 2019 and he had numerous offers from other institutions but he was impressed with the potential collaborators here and the opportunities to expand the impact of his research. We are so fortunate to have him here and this award really highlights the kind of research we're hoping to build here,” Warren-Findlow said.

Currently, Cramer is the co-editor of the Journal Aggression, Conflict and Peace Research, with additional editorial board roles with the Journal of Interpersonal Violence, BMC Psychiatry and Aggressive Behavior. With UNC Charlotte Ph.D. student Andrea Kaniuka and Department of Veterans Affairs colleague Dr. Bruce Crow, he just completed chairing a public health-focused special issue for the journal Suicide and Life-Threatening Behavior.