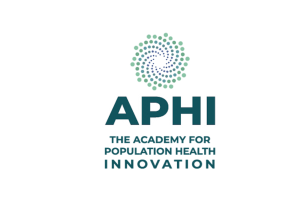 As previously announced, current APHI Director Dr. Michael Dulin will spend the next year in Washington, DC, as part of the Robert Wood Johnson Foundation Health Policy Fellows program.  During his time away, Dr. Thompson will carry out the APHI Director duties on Dr. Dulin’s behalf.  Entering its fifth year of operation, APHI continues to strengthen and grow the collaboration between the university and the county in which it resides, linking researchers and practitioners, bringing evidence-based practice to the community, and engaging practitioners in the education of future professionals.  Current projects focus on ending the HIV epidemic, improving access to behavioral health, and evaluating important public health initiatives aimed at reducing community violence, ameliorating health disparities, and prevention of chronic diseases.

As Dr. Dulin noted, “Dr. Thompson is well-positioned to step into this important role.  He has championed public health-academic partnerships domestically and internationally and has worked closely with APHI and its implementation team since its inception.”

Dr. Thompson will continue to lead UNC Charlotte’s CAHME-accredited MHA program and serve as Associate Chair of the Department of Public Health Sciences.  During this upcoming year, Dr. Thompson will be supported by MCPH’s Public Health Education, Grants and Special Projects Coordinator Michael Kennedy as part of a planned initiative to better integrate and educate APHI’s partners about needs, capacities, and opportunities for collective action. Mr. Kennedy, who holds an MPH from UNC Chapel Hill, has been a long-standing member of The County’s Public Health Department. Mr. Kennedy is also well acquainted with UNC Charlotte, having served on its Public Health Advisory Board and teaching graduate students as an adjunct instructor.

As Dr. Thompson notes, “While my title will be Acting Director for the coming year, I do not see my role as simply serving as a caretaker:  I will be focused on continuing the trajectory of growth, innovation, and positive impact on our community that Dr. Dulin has established.  The COVID-19 pandemic, both its direct and indirect effects on our community, does not allow us that luxury.  Now, more than ever, we must deliver on the synergies and value for our community that APHI was designed to produce.”